Perhaps the most astonishing thing about the recent trend in queer filmmaking is the web series. While this is not particularly new to queer film/television, nor to the internet, there is a rawness to this series that is unlike many others. Currently, there are several major Queer-oriented web series running (see Hunting Season, Eastsiders for example) that touch on issues of gender and sexuality, particularly Hunting Season, which elaborates on gay promiscuity and the desire to be in open relationships, etc… Naturally these are all pervasive issues amongst LGBTQ audiences, especially with our visibility in the public realm. However, The Outs takes a new approach to Queer identity, intertwining comedy and drama to deal/negotiate with our staggering issues. That is why I have chosen to focus on this particular series, with its heavy fan following, yet minimal visibility in the ‘straight world’. Just as us queers are moving from the periphery to the centre stage, web series such as these are becoming increasingly popular, as television and film does little to entertain the possibility of queer as normal.

We have been represented outside of our own filming initiatives as either the problem or the gay best friend (GBF [2013] focuses on the ‘gay best friend’ and the high-fashion bitchiness that is oft associated with the ostentatious queer). Yet, our stories very rarely feature in prominent films, and if they do, much like the women of the 50s and 60s in cinema or with people of colour, they are always under protection by the straight counterpart. We have very little agency within our own lives, which is perpetuated further in not having our own feature films premiered at standard cinemas throughout the world. Moreover, and more often than not, many of the actors who portray prominent gay figures such as Harvey Milk in Milk or the fictional ones in Philadelphia, are often portrayed by self-defined heterosexual actors, i.e. Tom Hanks, Antonio Banderas and Sean Penn. While I applaud their courage and desire to become visible warriors for the LGBTQ struggle, why do we continue to adhere to the ‘straight world’s’ conventions that to be normal is to be a white, heterosexual male or female. This is even an issue in feminist films and Black Cinema. We need to take things in our own hands and create what should be created, that advances our cause, displays our strife and combats homophobia and inequality at all costs. Surely artistic endeavour makes public change, or else there would be no regulation by the FDA in meat packing plants if it had not been for Upton Sinclair’s The Jungle.

This brings me full circle to The Outs. The series begins with the aftermath of an affair. It is a sordid affair, because the infidelity ruins not one, but two relationships. As the story unfolds through the six episode series, we come to learn that best friends Oona and Mitchell are the recipients of that scandal. We see them grow as friends and overcome their heartbreak, but what we also see is an intimate portrayal of the normal queer. Film and television have often foregrounded the damaged ex (female), the result of her partner’s infidelity, and her succumbing to the pain and her eventual regrowth into a powerful character. Rarely is the same shown in feature films for LGBT figures. Their relationships are often of convenience and left underdeveloped. Typically, as in Clueless, the gay figure is on the fringes of coupling normalcy. The Outs does not shy away as Oona and Mitchell regain their footing and deal with the torment of infidelity.

But, the series also portrays the cheater in equally as much turmoil as the ex. He is victim to meaningless sex gained through the creation of a vicious smart phone application, undoubtedly referencing Grindr, that locates men looking for other men to meet, date and fuck. Jack meanders Brooklyn, releasing his frustration and sadness at the loss of his partner to his infidelity, but also coming to terms with the immense unhappiness his long lasting relationship left upon him. He and Mitchell both knew they should have severed ties long before the incident, but as with all couples, whether straight or same-sex ones, we commit not for love but for comfort. This is only a recent development in the world of queer web series and few LGBTQ films, but not at all existent in mainstream ones for us queers. I won’t ruin the series by unfolding too much of the plot, but will say that it is a must see.

I will say it will fall victim to the same type of criticisms often applied to Girls, because it does not feature much diversity in terms of the relationships and prominent characters. However, I do not believe that this lacking makes the show any less relevant. It actually leaves open the possibility for shows to negotiate and explore LGBTQ inter-racial relationships and issues of racism and sexism within the community itself.

As this is a new blog on wordpress.com, I will be revamping some old blog posts previously published in a private blog. These will be media/film related. Once I have resituated them to their new home, I will then be adding more than purely film reviews. My main purposes for this blog are to allow for a free expression of thoughts, but also to explore the intersections of popular culture and popular film/tv. The blog will have a semi-academic focus, but it is more here for me to do what I love: write on film and television. It will be a mixed bag, really.

Per my mom’s suggestion, I watched the horrible movie The Hollow, 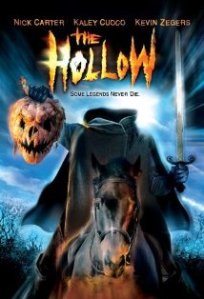 which does feature the one and only Nick Carter. Let me just say that that was a surprise in and of itself. Watching Nick run around on screen, pleasantly overweight, spouting off horrible dialogue, and consistently playing the asshole, brings back so many fond memories of my friends Ainsilie and Nikki. They were incredibly obsessed with the Backstreet Boys, which, for a boyband, did have decent music. (Photo taken from IMDB.com)

First, I just want to mention that this campy flick did have an excellent shout out to Fangoria, one of the best horror magazines I’ve ever encountered – and I was supposed to be a freelance writer for them! Though, that did not help the movie from having horrible actors, unrealistic dialoguing, and obviously amateur cinematography and direction. There was

little to no social commentary, which could have added a redeeming quality, like we see in many of the Troma films. Probably the best thing going for this movie would be the fact that Kaley Cuoco (Big Bang Theory) is the female protagonist, playing opposite the incredibly attractive Kevin Zegers (Photo from IMDB.com, as well). 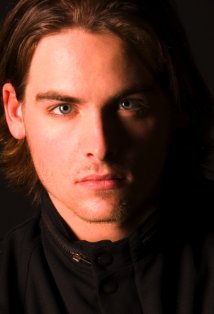 this fantastical take on the Headless Horseman and Ichabod Crane, the story is thus: Ian Cranston (and yes they go in to detail about why the name changed) moves to Sleepy Hollow (a much better rendition – referring to Tim Burton and Johnny Depp, circa 1999) with his family, where the legend is set to take place. Of course, Ian is the natural legacy to Icabod – they couldn’t even think up a better name than Ian – and has to face the Horseman head on. Like all decently thought out slasher films, which this one would lend itself to that sub-genre, there are the stereotypical characters: sluts, jocks, rebellious kid that just so happens to be the main guy, the atypical cheerleader type who falls for the protagonist, the crazy drunk that enacts the stories subplots and the film’s modus operandi, and the disbelievers.

The minimal plot, along with its several plot holes (mentioning characters’

names that we’ve never met, or incongruously know though we only recognize them because of their comical demise), advance the opportunities for the main guy to get the girl and his chance to shine, thus saving the day – or, in this case, the night. I will admit, however, that there were several campy elements I thought this film did well. Some of the better ones, that actually seemed pretty spooky and in relation to another film Trik ‘r Treat (2007 [2009]) – a much better Halloween film if you ask me – the best feature belongs to the rendering of the Horseman with a pumpkin head. If you really want to celebrate one of the first US Halloween legends, then add the Jack-o-Lantern!

Well, I will leave you on this note: for those that enjoy simplistic horror films with actors and actresses you may have only seen a few times, and with an outrageously campy feel, then I believe you would enjoy The Hollow.